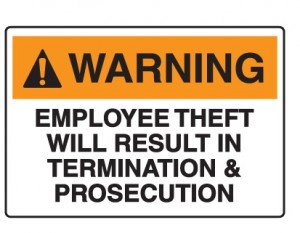 You worked for years building your business into what it is today and you have been good to your employees. Yet you learned that one or more of your employees are stealing from you and you cannot figure out who they are. You wonder is it only one or are there more than one employee working with accomplices outside of your business. Employee misconduct investigations services is what we provide to business owners to stop theft that hinders productivity levels, company morale, and the safety of the overall work environment. It can also negatively impact your company’s reputation and increase the risk of litigation.

Worldwide Intelligence Network was asked to conduct an investigation to ascertain who was stealing from the client. Worldwide Intelligence Network recommended the initiation of surveillance on all five drivers and with the client’s approval GPS tracking devices were covertly installed on each truck. All five of the surveillance investigators filmed video at every stop made by the drivers. The GPS tracker provides live monitoring of every stop the drivers made and it provides the addresses.

After several days of surveillance one of the drivers made a stop at a 7/11 and began transferring large amounts of merchandise off his truck into a waiting van. The driver was arrested upon his return to the client’s warehouse and word quickly spread among the client’s employees that one of their co-workers was arrested. The client had immediately established a precedent that his company is very aggressive and proactive in countering theft. The police asked Worldwide Intelligence Network for the original video taken during the commission of the crime to be used as evidence in court. Case closed! There is a major crimes division within the Los Angeles County Sheriff’s Department that investigates and seeks prosecution against those who commit cargo theft.