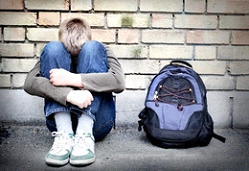 We are licensed California and New York Private Investigators who assist clients find their runaway children for the past twenty-six years. We enjoy a favorable success rate and are familiar with various reasons that cause children to runaway. This is a short case study of one of our investigations where we found a young runaway boy.

It is heartbreaking to receive a call from a frantic parent saying that they want us to find their child who ran away. The following is a true story about an eleven-year-old boy in California who became upset at his parents and ran away. The parents heard about our success in locating runaways from friends.

The parents told us their son made friends with an adult male who lived close to their home. They said their son casually mentioned that he occasionally hung out with a new friend regularly who was an adult, though it was unclear how they had met.

Upon the parents discovering their child ran away, they were suspect that the same adult male was harboring him. They did not suspect the man abducted their boy, but they were fairly certain their son might be staying in the man’s town-home and that he had gone there on his own accord. Of course, they went to the man’s home, who told the parents their son was not there. After that, they called the police explaining their suspicion about the adult male. The police told them that even if their son was staying with the man and had gone there voluntarily, the police could not legally force the man to let them search his home because they had no legal authority to search his home just because he may have allowed the boy to stay with him. The police said the man would have to grant the police permission to enter his residence. The only exception would be if there were a reasonable suspicion that the child was in imminent danger, as an example if the man was on a sex offender’s registry then the police could obtain a search warrant.

Be it as it may, the police asked permission to enter the man’s home to search it. The man granted them permission and the boy was not there. On a second occasion, the parents told us that one of their neighbors saw their son go into that man’s home one evening shortly after the police searched it.

We assigned one of our investigators to this case  who was a former Police Detective with extensive investigative experience tracking down missing and runaway children. Our investigator interviewed several neighbors who claimed they saw the boy on a couple of occasions near the man’s residence but they had not seen him enter or leave the man’s home. That was enough information for us to initiate surveillance on the man’s town-home.

During the surveillance our investigator told us that he was 75% certain he saw the child come out the back door of the town-home, though he did not have a perfect view of the back door. Acting on this, we asked the boy’s parents to call the police again to search the residence. Officers arrived, and they were again given permission to enter the town-home a second time with our investigator . When the police were about to leave without finding the boy, our investigator noticed there was an attic door in the ceiling of the second floor. He asked the officers to please look up in the attic. There was the boy curled up into a corner of the attic.

By law, the police could not arrest the man for harboring the child and they had checked to see whether the man had a prior criminal record. He did not. The child was returned to his parents, who were thrilled to have their son home. We suggested that the family seek counseling to learn why the child ran away in the first place and we asked them to try to work together toward a happy resolution.

Runaways can be found, and parents with children who appear seriously despondent or depressed should seek counseling.