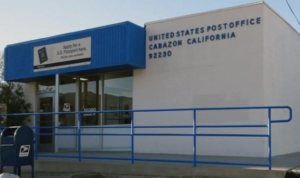 A gentleman we’ll name John (not his real name) called us to explain that he had made his weekly visit to his local Post Office Box to pick up his mail. Upon his arrival in the Post Office, he noticed his and several other PO Boxes had been broken into.

John reported the break- in to the Post Office manager, and the local Sheriff. John was understandably upset due to the fact that the Sheriff had not made much of an attempt to find who broke into the Post Office Boxes for about two months. The theft occurred in January when he and his wife’s year-end 1099 Tax forms were due to arrive that contained their Social Security numbers. A short time later, credit card statements arrived with thousands of dollars of unauthorized charges. John retained us to find the thieves who committed the crime and to try to reclaim his creditworthiness. He meticulously organized all of fraudulent charges made, the amount of each charge, and the establishments where the stolen credit cards were used. One of the fraudulent charges was at a Wal-Mart like store in Coachella Valley.

THE INVESTIGATION INTO IDENTITY THEFT

We proceeded to that store, hoping they had surveillance cameras. When we approached the manager we were delighted that he willingly volunteered to run the credit card number, the amount of the sale, and the date of purchase in the store’s computer. In less than five minutes he pulled up a video of the people who made those fraudulent charges. We observed four people, two men, and two women.

We asked the manager to please check the cameras in the parking lot and he obliged. We saw the foursome getting into a vehicle, and we were able to acquire the license plate number. Ordinarily, we would have had to get law enforcement to serve the store with a search warrant in order to see those videos, but we were extremely fortunate that the manager heard from other customers that they too had been ripped off by someone using their credit cards.

TRACKING DOWN THE THIEVES

We ran the license plate number, knowing we would not obtain the owner’s address because California state law prohibits addresses from being shown unless a warrant is issued. However, our proprietary database does run names and delivers us all of the possible addresses for the named person. We obtained an address in Fontana. We initiated surveillance on that address but unfortunately no luck. We never saw the suspects’ car, nor did we see the suspects go in or come out of the house.

We decided to check with the Fontana Police Department, hoping they might have something on the suspect. We met with a detective, explained what we knew, and asked if he had any idea how to find out where the suspect lives. He ran the license plate, and saw that the vehicle had been stopped recently for a traffic violation. The officer who made the stop routinely ran the suspect’s license number and read he had been recently paroled at which time he asked the suspect for his current address, which is mandatory for parolees to reveal. The detective confirmed there was a current address written on the citation.

THE FEDERAL GOVERNMENT JOINS THE INVESTIGATION

Next, it was time to share what we learned with the area United States Postal Inspector (USPI) in neighboring San Bernardino County, who was very attentive while listening to our findings. The USPI searched her database and found the arrest and conviction report on the suspect who had been found guilty of identity theft. The USPI then checked her open case file database for any US Post Office Box break-ins around Riverside and San Bernardino Counties. She found that there was a string of robberies all along Interstate 10 Freeway. The break-ins started the week the suspect was paroled. The USPI then called the Fontana detective and acquired the address for the of the suspect.

THIEVES BUSTED BY THE FBI

The USPI contacted the FBI, who secured a warrant for the arrest of the suspect and any evidence related to US Post Office Box credit card thefts. A raid followed, and the suspect, his wife, adult daughter, and boyfriend, who we learned was a heroin addict, were all arrested. A mountain of evidence was secured consisting of purchases made with stolen credit cards found all over their house, along with illicit drugs. The suspects applied for new credit cards in the names of their victims but used their own post office boxes for delivery of those credit cards. All four suspects were convicted and off they went to Federal Prisons.

Within three weeks of commencing this investigation, we identified the suspects, met with the Fontana Police Department conferred with the USPI, and had all four suspects convicted. Needless to say John was delighted with the outcome of our investigation, and he was reimbursed by his credit card companies for all of the fraudulent charges.