Private Investigators and Employee Investigations: What to Do When Employees Come Under Suspicion?

Employee background checks are common practice when it comes to hiring new employees. But what should companies do when they suspect “employee malfeasance” after being employed? One of the first steps taken is to launch a thorough investigation. This may sound like a simple task, but it can quickly become a nightmare (and grounds for a lawsuit) if not handled correctly.

So instead of taking on this task alone, most companies are hiring private investigators to conduct employee misconduct investigation services. Small to large businesses and public companies stand to lose thousands of dollars should an employee file suit for unlawful termination. The employer could otherwise be spending their money on replacing stolen inventory, tracking down missing funds, rather than defending discrimination or sexual harassment claims if their employee malfeasance investigation was conducted unlawfully when their alternative was to hire a professional licensed private investigator.

Current research shows that just one bad employee can break a business. Employers must be vigilant when it comes to their current and future staff, taking every proactive measure to ensure that no ‘business breaking’ mistakes occur. Still, there may be times when prevention fails, and action is needed.

In these cases, employers may decide to seek the services of a private investigator.

One of the main reasons employers decide to investigate an employee is because they suspect the employee of wrongdoing. Embezzlement, stealing, sexual misconduct, and discrimination are common civil or criminal issues that are uncovered during a private investigator’s investigation. Because these types of accusations are extremely sensitive, trained investigators are usually the best people for the job. 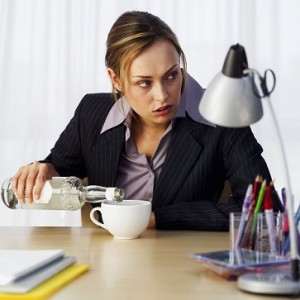 Not only do they know the ins and outs of surveillance and background checks, private investigators are also well versed in the legalities of state and federal laws. Because they are both knowledgeable and neutral when it comes to criminal investigations of employees, private investigators can make sure that the employing company does not error while gathering information to prove an employee’s guilt.

Even if criminal activity isn’t taking place, an employer may decide to move forward with employee investigations due to questions regarding job performance. This was the case for a Los Angeles Businessman who suspected his assistant of abusing alcohol on the job.

Over the last few months, the assistant, Josh, had been increasingly late for work. On days that he did show on time, he was irritable with other staff members and short with his boss. But more than anything, it was the smell of alcohol on Josh’s breath and his tendency to fall asleep at his desk that concerned his employer. An initial meeting with Josh and his boss didn’t go well at all. Worried that they might be wrong and fearful of a wrongful termination lawsuit,  the company decided to hire an undercover private investigator to conduct an investigation.

In just two weeks, the investigator was able to provide proof that Josh was not only drinking but also using drugs on the job. His subsequent termination went seamlessly.

Knowing how to be inconspicuous and blend in during an investigation takes training, patience, and intelligence. Instead of going at it yourself, business owners should consider letting a professional investigator take care of your employee investigations. Not only will you protect your business, but you’ll also protect other staff members and gain peace of mind when it comes to employee behavior.

If you found anything in your office or your surrounding, don’t hesitate to get in touch with World Wide Intelligence Network for investigation. Write us at win@wincor.com or call us at (877) 885-5220