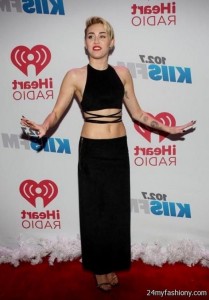 Miley Cyrus’ year recently went from bad to worse, with reports of a recent burglary pop sensation’s home. It was reported that two intruders, a man and a woman, broke into the singer’s home and stole purses, jewelry and her 2014 Maseratti Quattroporte. The burglary took place at 4:00 p.m on a Friday and police found no evidence of forced entry. The couple managed to scale a wall that surrounded the singer’s property and entered her home via the singer’s garage.   Cyrus was not present at her home at the time, as she was conducting the European leg of her Bangerz tour. Reports from TMZ suggest that one of Cyrus’ employees returned to her home and noticed that a number of valuables were out of place. The employee immediately notified the Los Angeles Police Department. Her last break in was in 2013. It appears Miley needs a professional security audit.