Bodyguards as personal security aren’t just for celebrities to keep the paparazzi away or to protect them from overzealous fans. Celebrities in Los Angeles or New York while they are out and about are generally accompanied by their Bodyguards for multiple reasons, but they aren’t the only ones who require Personal Security Specialist anymore.

Are you are on the list of people whose safety would benefit from hiring a Bodyguard?

In these types of unpleasant situations, emotions often run high and can get out of control, which can lead to either spouse becoming fearful for their safety. It’s not uncommon for anger or frustration to turn into a full-blown domestic violence act. Having a Bodyguard present deters a volatile confrontation. Bodyguards are trained to monitor the volatility between the spouses, thus keeping both parties safe by defusing the situation.

Personal Security for CEOs and Executives 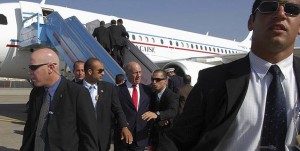 Unfortunately there are times when a business person achieves enormous success and has amassed significant wealth only to become a target for kidnapping. All of these people are considered high profile clients who maintain a full time top tier Executive Protection team as they travel around the world.

These highly successful CEO’s are often subjected to criminal threats such as extortion accompanied by threats of physical harm to their family members. CEO’s and their subordinates must always remain vigilant about disgruntled or terminated employees as well as unhappy customers or clients who might seek retaliation against the company. The Personal Protection provided by their Bodyguards closely resembles the tactics used by several government agencies such as the Secret Service.

Personal Security for Owners of Valuable Goods or Information

The transportation of high-end jewelry is always at risk of an armed robbery. The proprietors of high-end jewelry stores are also vulnerable to armed robbery, and they are well-advised to hire a Bodyguard to ensure they’re protected from theft and personal harm. What might not be known is that this would also include someone in possession of classified information or materials.

With the increased rate of violence in America and around the world, high-net-worth individuals, executives, political figures, well-known jewelry lines, celebrities, and the public in general, have become increasingly concerned about their safety. There is a remarkable increase in the redesigning of residential and corporate security systems and an increase in hiring qualified Bodyguard personnel.

Personal Security for Targets of Attention

Others who might consider having personal security could become potential targets because they might have won a lottery or are a crucial witness to a criminal act or someone who stumbled into a worthy inheritance. All these examples relate to the need for a Bodyguard. Even if someone is momentarily in the public eye, threats do loom.

Regardless of where you live and what you do, providing you have the means to hire a Bodyguard should you find yourself in a situation where you or your family’s safety is threatened, do not waste time contemplating the hiring of a Bodyguard.